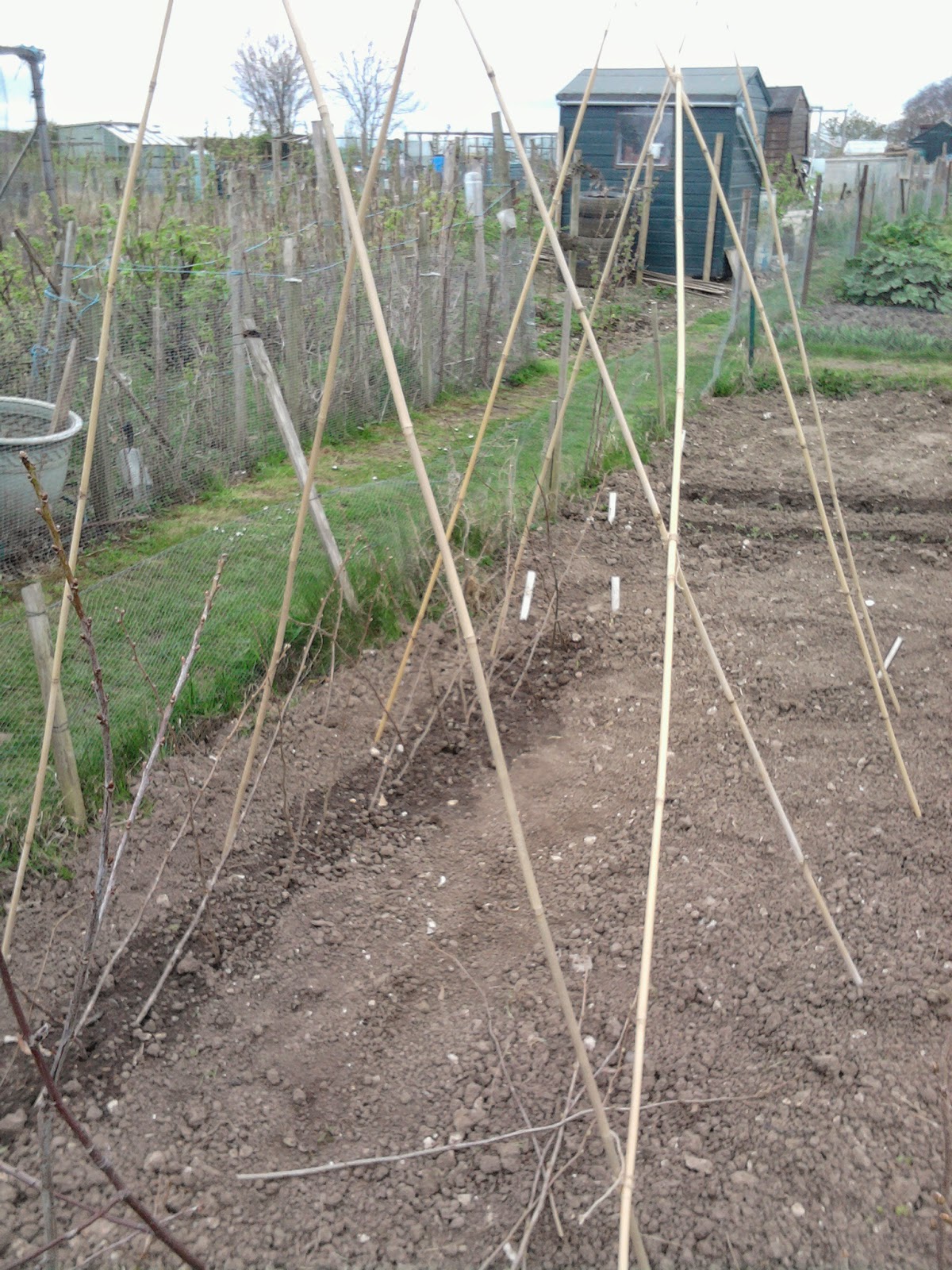 I decided that I needed a frame to grow the mangetouts on when I discovered that they were due to grow up to 2 metres high. A few longish canes and some string and I'd soon created such a frame. I put one side of the frame above the row of peas I'd already sown and the other side fell just where I'll plant the next row in about three weeks. That should give some spacing for the crop. Staggering the sowing doesn't always work, plants have a habit of catching up and all producing their crop at the same time, but it's worth trying to spread them out. 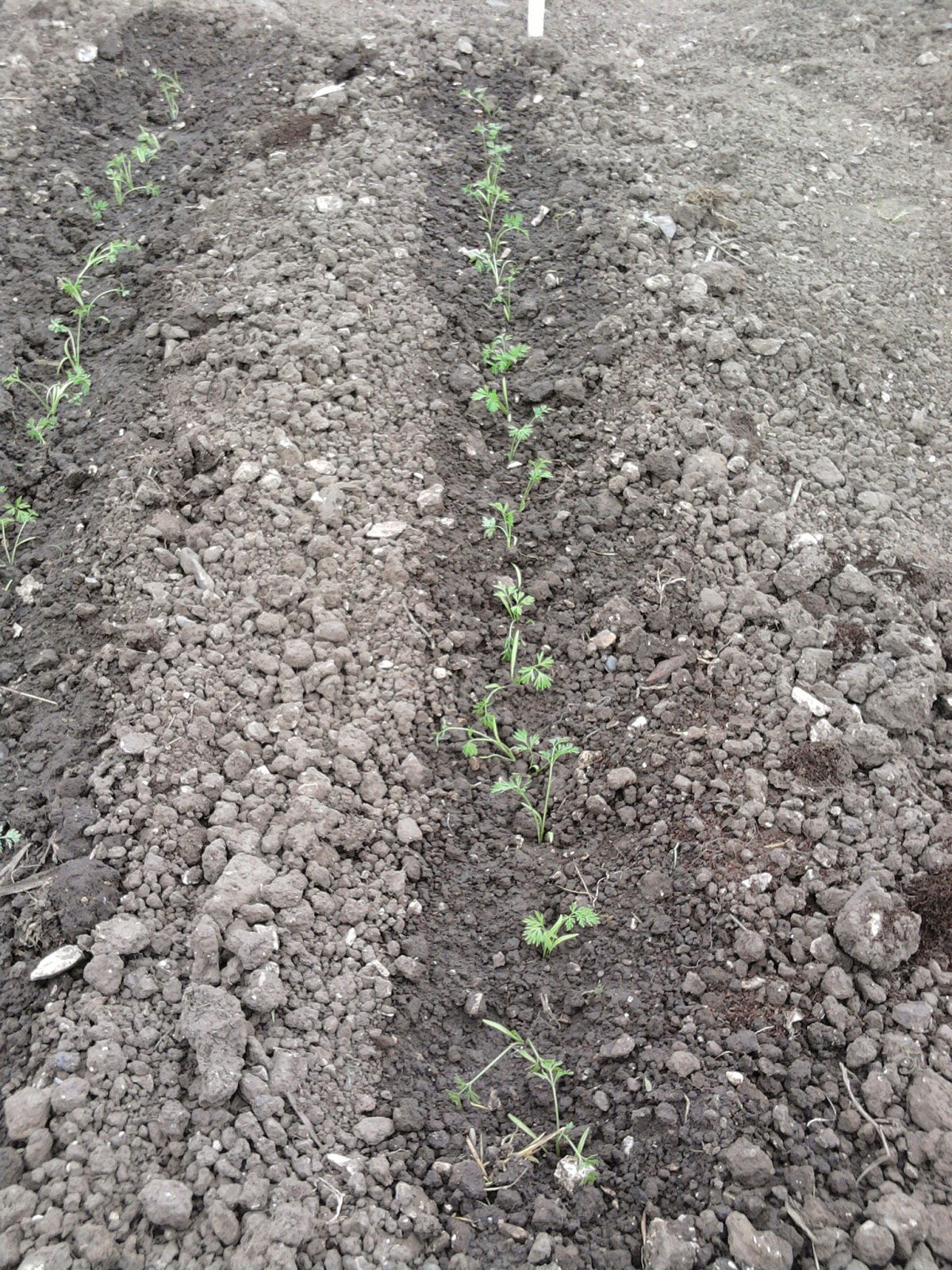 A few days ago I bought some plants as plugs and one of the set of plugs I bought were carrots. I've only ever sown carrots in place as I believed disturbing the young plants would stop them growing properly, especially causing them to fork or stunt. When I saw the plugs I decided to see how they do. The plugs were groups of carrot seedlings so I split up the plug and planted each seeding separately. There were no instructions on the plugs, so I hope this is what is intended. They look fine planted out and now I have effectively thinned them, so none of that fiddling around. I will need to surround them with a fleece barrier to keep out the carrot fly - probably tomorrow's job. 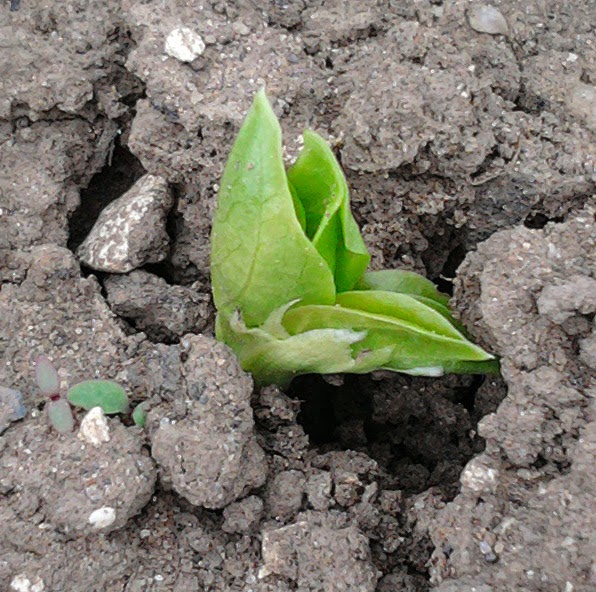 This year I sowed broad beans direct rather than growing them as plants in pots first. The first few have emerged and look fine. I forgot to mark the rows where I sowed them but that should be obvious shortly. Norman on the next plot has beans all above ground from sowing them direct, but mice have nibbled the tops and dug up the plant looking for the bean. I'm watching out in case they fancy my beans and, like Norman, I'll set traps if they appear. Broad beans are too good to lose to pests.

Things are moving on quickly now.