The beginning and end of leeks 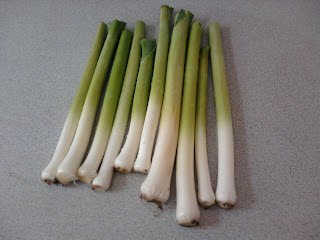 The last leeks are in from last year's planting.  This year's leeks are on their way, though there will be a gap of about six or seven months before we can eat them. The land is still too soggy to dig it and too cold to plant anything, so I'm hoping that over the next couple of weeks it warms up and dries out a bit. 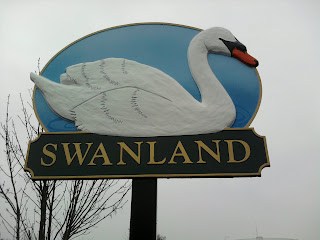 Just by the hedge between the site and the road a new sign has been put up.  It is a fancy affair in relief and is hard to miss. It must have cost a few quid, and there is at least one more on another road into the village.

I think they are a bit naff.  I know the village is called Swanland, but there's not much evidence that the name has much to do with swans. The picture is also a bit out-of-proportion; the swan is a bit dumpy and not as elegant as the real thing. I'm sure many people will like it, and I'm probably being grumpy, but I'd sooner the money had been saved or given to charity.
Posted by Chris Hill at 11:49

Chris you're right - although not recorded in the Domesday book, the name most probably comes from the Old Scandinavian, something like Sveinn +lundr. Perhaps we should petition the Parish Council to replace them with lifesize Vikings!